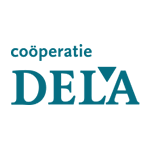 During 2014, DELA decided that there was a need to periodically measure IT End User Satisfaction using something which was simple and effective; IT-Happiness has since been implemented to represent the internal voice of their end users. The 1st measurement showed that online work-spaces gave a lot of problems due to the functionality and stability of the systems. This feedback allowed DELA to go back to their IT vendors in order to have services improved.

Also, a lot of emphasis was placed on improving the service desk channel; namely, the training needed to have tickets handled correctly the first time round as there was a considerable number of old calls which needed to be revisited. Another area which has been significantly improved is the process by which an end user can request changes to their IT systems; this was previously done via paper / Excel and has since been changed to use the online ITSM software, Topdesk.

Communication of results is another big emphasis point, so big in fact, that DELA has developed an infographic which is presented monthly to their IT Management team. The results and improvements made between 2014 and 2015 have been broadcast to the entire organisation which has resulted in a more open, transparent workplace.

When measurement of IT-Happiness within DELA began in October 2014, a grim figure of 29% (Happy Bunch) could be seen; this Happy Bunch score is directly related to the satisfaction of the IT End Users. Throughout late 2014 and 2015 the same Happy Bunch score was measured at an amazing 70%. DELA has therefore become the perfect example of how the use of IT-Happiness has contributed to internal goals and continuous improvement. This kind of success would not be possible without the IT-Happiness Officer of the Year, Rinze van Oorschot, and the team that he has behind him.