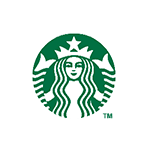 More than two years ago the paths of Starbucks and Yorizon crossed for the first time. Jan Willem Sewalt was looking for a simple metric to measure IT Customer Satisfaction. As it turns out, the Yorizon IT Customer Feedback approach was a too in-depth and technical for his requirements, but little did he know that the perfect solution, IT-Happiness, was just around the corner.

On the front line, Jan Willem made both IT and the whole organisation aware of the added value that can come from quality feedback and improvements. Now, two years later, IT-Happiness is an essential part of Starbucks EMEA. With undiminished enthusiasm, Jan Willem continues to preach the IT-Happiness approach and has made every effort to push IT-Happiness into the UK & US regions of Starbucks using the various initiatives that we have created in collaboration with him and his team.

Additional to collecting and acting upon results, Starbucks conduct two further initiatives; the first is a donation to a charity for every completed survey response with the second being an end of year party which consists of happy vibes: sharing IT innovations together with end users, food & drinks and some high quality dancing.

Outside of Starbucks, Jan Willem is a firm advocate of IT-Happiness and organisations that may have doubts or who wish to seek clarification about IT-Happiness are often convinced by his shared experiences. These are qualities which have not gone unnoticed and as such have been attached to the title of IT-Happiness Ambassador.