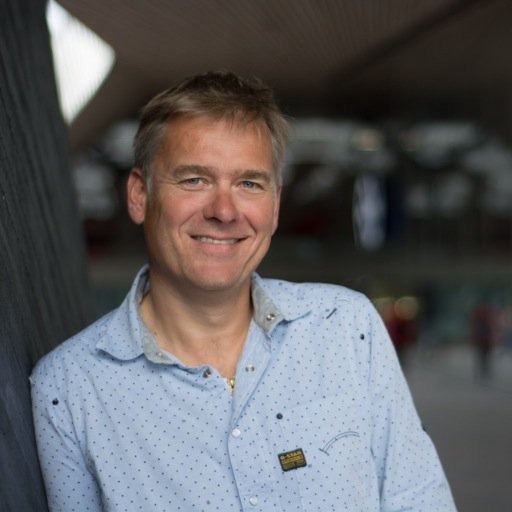 At the beginning of this year, the Dutch director of the Social and Cultural Planning Agency (SCP) Kim Putters published a book entitled ‘Veenbrand (Peat fire: smouldering issues in a prosperous society’). He indicates that we are in the transition to a new type of society, in which technology and social networks are increasingly determining our way of working, our communication and our concerns. This offers opportunities but also uncertainties. In order to keep up in modern society, knowledge of information technology is needed and computer skills are indispensable. Even in a digitally developed country such as the Netherlands, large groups of people are being left behind. Around 15% of the Dutch people have problems with digital devices (source: NOS, 13-12-2018). This development creates a division in society with all the corresponding negative consequences. In order to tackle this problem, a joint approach by education, government and business is needed. And we can do something ourselves as well.

In sociology, there is often talk of ‘the Haves versus the Have-nots’. In history, there has always been a clear division between rich and poor. Nowadays, according to Putters, the distribution of wealth can instead be characterised as a distinction between ‘the Cans and the Can-nots’. People who can keep up with digitisation versus people who cannot. It leads to social unrest, frustration and miscommunication. As a result, Putters calls for the introduction of information rights. He states that political and social rights, which are enshrined in the constitution, can no longer be achieved without access to good and reliable information. This means, on the one hand, that people must have access to technology to allow them to keep up with digitisation and, on the other hand, that people must be able to develop so that they acquire the skills they need to use it. Education obviously has a role to play here, but there are also important roles for the government and the business community. People with and without employment must have the opportunity to keep their IT knowledge and skills up to date. This is not only in the interest of the employee, but also in the interest of employers and society as a whole. Because if people cannot keep up, it causes personal, social and economic damage. 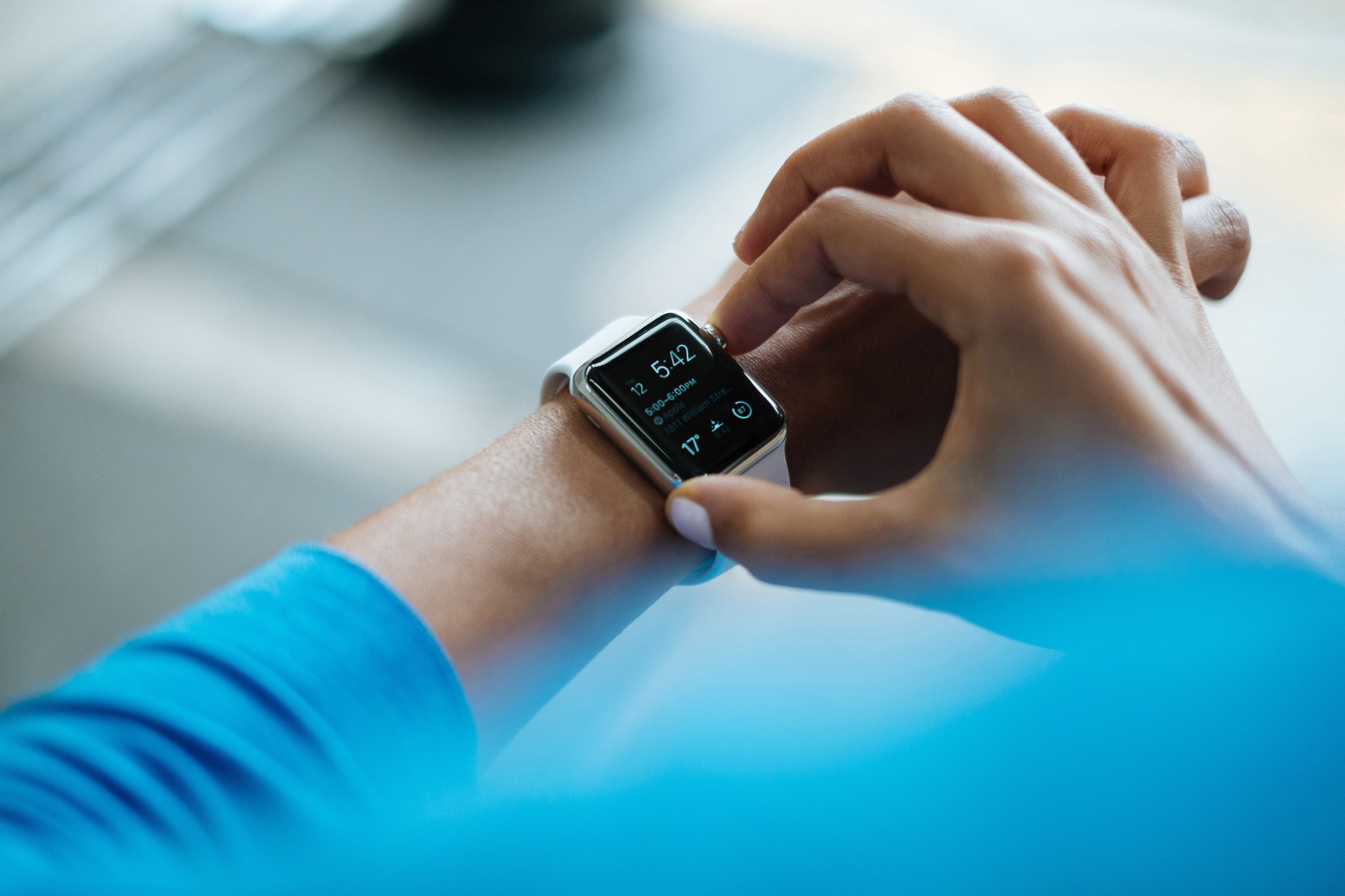 Photo by Luke Chesser on Unsplash

Without the necessary IT skills, it is difficult to find work. Employees without these skills are more likely to lose their job and are at risk of long-term unemployment. It also causes a lot of stress when skills in this area are lacking. Filling in an online form is already a frustrating activity for some people. Organisations are increasingly communicating digitally and it is becoming more and more difficult to participate in society without digital access. For example, it is becoming increasingly difficult to manage banking matters without a laptop or smartphone. Digitally illiterate people are vulnerable to cybercrime (phishing etc.), but also to companies that, although acting within the law, use questionable ethical frameworks, such as some online shops or lotteries. Digitally vulnerable groups are quickly cheated out of their money. People with limited digital skills are being increasingly socially excluded. While the people around them are communicating with each other via WhatsApp groups and social media, they are on the sidelines. It is, for instance, inconvenient if you are not aware of agreements made by other parents in a group app about the children’s sports team. Such inconveniences may well be solvable on their own, but when added together, the consequences of this latent digital illiteracy are becoming ever greater. This applies, for example, to senior citizens, who lose contact with their families and where loneliness is a growing problem. After all, grandchildren are less likely to send a postcard when they are on holiday. Phoning is also less common than before. A chat via WhatsApp or a photo on Instagram is more suited to their way of communicating. Elderly people who can be reached through these apps have easier contact with their families.

The distinction between the Cans and the Can-nots also has social consequences. Differences in digital skills between generations and groups cause miscommunication and lack of understanding. Even for people with sufficient digital skills, it is already complicated to keep track of all the various channels. Some people in my network generally communicate via e-mail, while others mainly use WhatsApp or can be reached by telephone. But I also receive messages via Facebook messenger, Instagram, Linkedin, Twitter, Yammer, Skype, Telegram and WeChat. Not to mention my various e-mail addresses and WhatsApp groups. Slowly but surely it is becoming difficult for almost everyone to still see the trees in the digital wood, let alone for the group of digitally illiterate people. When people communicate by other means and through different channels, people literally start to talk at cross purposes with each other.

Photo by bruce mars on Unsplash

In addition to the consequences in terms of unemployment, as mentioned above, there are also more indirect economic consequences. Employees with limited skills often work inefficiently. Some still use pen and paper or distract colleagues from their work by asking questions all the time. There is also the issue of hidden unemployment. The fact that people have limited digital skills is not always visible. Just as illiterate people sometimes give the appearance of being able to read, digitally illiterate people can pretend to have computer skills, for example by avoiding more complex computer programmes or by surfing the internet to keep up the semblance of being meaningfully busy. In 2012, researchers at the University of Twente estimated that in the Netherlands alone this resulted in a loss of productivity of approximately 19.3 billion euros (Source: Crtl Alt Delete (2012). As a result of the growth in digitisation since then, this cost item will have become larger rather than smaller.

Do we all suffer from digital illiteracy sometimes?

Of course, the division is not as sharp as Putters suggests at the beginning of this article. In a way, everyone’s a little digitally illiterate sometimes. For example, I myself am associated with Leiden University for PhD research. In order to analyse the results of my experiments, I have to use statistical software, which I have not used for a long time. I still have the knowledge of statistics, but at the beginning I had no idea which buttons to press. Compared to the PhD students who work full-time at the university, I felt pretty digitally illiterate. In one environment you can be digitally proficient, while in another you fall short. When I’m in China, where almost everyone makes purchases, orders taxis and uses social media via WeChat, I sometimes feel as if I’m lagging far behind. After I had given a presentation in Quanzhou, someone wanted to buy a book from me and pay for it using this application. Others wanted to exchange contact details via the QR code in the app. I just had no idea how this all worked. At a time like this, you feel very clumsy. Everyone experiences situations or moments when you are excluded for a while due to limited knowledge of certain software or equipment. So the theme of this article is not only relevant for people who have never been on the Internet before. Everyone’s going to have to deal with this sooner or later.

We live in a time of unprecedented digital opportunities, but also in a time when the negative consequences of digital disadvantage are underestimated. We can’t afford to have a large group of people unable to keep up. In order to combat this, education, government and business must work together.

In our education system, we strive to ensure that young people leave education with sufficient knowledge and skills to connect to the labour market. This connection is not automatic. To this day, typing courses are seldom offered in regular education in the Netherlands, while almost all of the Dutch working population uses a keyboard on a daily basis. We cannot afford to be lax about the development of IT knowledge and skills. It is of economic importance, but it is also important for the well-being of individuals and cohesion in society. This is certainly recognised in education. Some educational institutions have invested heavily in digital tools in recent years, but there are also schools that are lagging behind. It is a subject that will require constant attention.

The government’s task is to oversee the digital skills of society as a whole and to help those who are marginalised, for example when they become unemployed, to get back on their feet. But the government can also take a preventive approach by ensuring that acquired digital skills are well-aligned with the labour market. A good initiative in this respect has been taken by the Foundation for Cooperation on Vocational Education, Training and Labour Market (SBB). The SBB helps vocational educational institutions (MBO) to make an estimate of the required digital skills of occupational areas in 5, 10 and 15 years’ time. This allows these educational institutions to adapt what they offer students to the needs of the labour market in a timely manner.

Education and government have a joint task to prepare people for the labour market and to provide them with the necessary digital skills. Employers have a responsibility to ensure that these skills are maintained. This is an issue that needs to be put higher on the agenda within organisations. Interviews with CIOs and other IT experts, carried out by Yorizon, have shown that the digital skills of some groups of employees are significantly lagging behind. The question is whether the management of these organisations are sufficiently aware of this and whether they understand the economic and psychological consequences of such a lack of knowledge. In particular, because the knowledge of senior management itself often leaves much to be desired. It is wise to give the IT experts within an organisation an important role in this knowledge assurance. Not just the in-house IT staff, but all the employees. The HR department is often responsible for maintaining the level of training and education. But is the necessary IT knowledge available to monitor this properly? The IT department has this knowledge on hand and, additionally, they see on a daily basis which hardware or applications people are struggling with.

Digitisation offers many opportunities. It increases convenience and prosperity. The potential for further economic growth and improved well-being is enormous. However, it is not automatic that everyone is able to make the most of these opportunities. It doesn’t take long to fall behind. Uncertainty and lack of self-confidence can then drive people into a downward spiral. That goes for senior citizens who haven’t kept up with the times. But it is also a reality for employees who have missed a beat or for young people who can no longer cope with the flow of information. It also applies to you or me in some situations. So let us try not to lose each other on the runaway digital train. There is a clear role for education, government and business here, as discussed above.

Photo by J W on Unsplash

But we can also offer each other a helping hand. A good example of this came up in one of my training sessions. During the session, an IT employee at the Volksbank explained how she and her colleagues voluntarily give computer lessons to residents of a nearby nursing home every month. We don’t have to wait for the politicians to put this on the agenda. Watch out for a colleague who has difficulties with a new application or someone in your social environment who is lagging behind digitally. With a little time, attention and understanding, someone can often get back on board.